Skilled sewing machinists, who usually make luxury ladies fashion and had been furloughed, are returning to work this week to support the NHS. 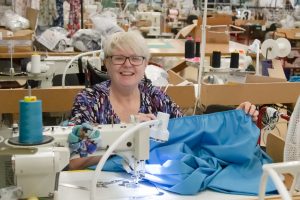 With two sewing factories and two shifts patterns, the company has plenty of space to ensure the social distancing of its staff.

“We are delighted to welcome staff back to work and help the national effort!

Four weeks ago we were one of the first to offer to make PPE and support the NHS, but our efforts have been frustrated by the slow centralized procurement system.

To break through this red tape, we took the decision to sidestep the bureaucracy and bypass the central system. We are are now supplying direct to 9 hospitals through local East Midlands NHS trusts.

We very much hope this approach proves to be groundbreaking in that local suppliers will be able to serve their local hospital services without delay, to ensure that PPE gets to where it is needed the most. 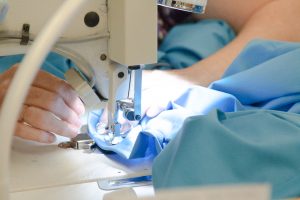 Over the last few days we’ve cut and graded patterns for surgical scrubs and gowns, we’ve made prototypes for the hospitals to approve. We’ve sourced, bought and had delivered 12,500m of fabric and a volunteer team has been working over the Easter bank holiday, cutting the first 1,000 garments ready to start sewing today.

Where possible British manufacturers should be switching production to support the government in defeating this virus.  This will support the NHS by providing them with vital equipment to do their jobs safely, while getting Britain back to work. We all need to put our shoulder to the wheel.”

David Nieper is a family business that employs 350+ staff designing and manufacturing clothes in Britain, the company also has facilities to send a quarter of a million packages all over the world each year. All of this was put at the disposal of the NHS 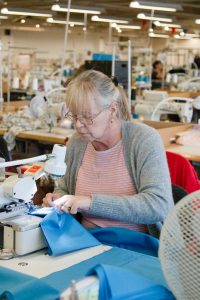 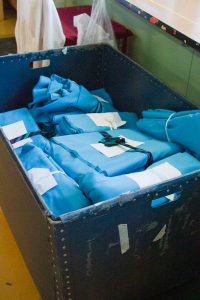